Residents who are using public facilities must respect physical distancing of at least two metres at all times. People are encouraged to bring their own hand sanitizer and to sanitize their hands before entering, and after exiting, any facility.

The sport of pickle ball is rapidly growing.

Check out our pickle ball courts beside the Community Garden at the qplex.

The serve must be hit underhand and each team must play their first shot off the bounce. After the ball has bounced once on each side, then both teams can either volley the ball in the air or play it off the bounce. This is called the “double bounce rule” because the ball must hit twice (once on each side) before it can be volleyed. This eliminates the serve and volley advantage and prolongs the rallies. To volley a ball means to hit it in the air without first letting it bounce.

Both players on the serving team are allowed to serve, and a team shall score points only when serving. A game is played to eleven points and a team must win by two points. Rallies are lost by failing to return the ball in bounds to the opponent’s court before the second bounce, stepping into the non-volley zone and volleying the ball, or by violating the double-bounce rule. The hand is considered an extension of the paddle.  The player loses the rally if the ball hits any other part of his body or clothing.

The server must keep both feet behind the baseline during the serve with at least one foot on the court surface at the time the ball is struck.. The serve is made underhand. The paddle must contact the ball below the waist. The serve is made diagonally cross court and must clear the non-volley zone. The non-volley line is a short line for the serve (the serve is a fault if it hits the line).  All other lines are good at all times.  Only one serve attempt is allowed, except in the event of a let (the ball touches the net on the serve, and lands on the proper service court). Let serves are replayed. At the start of each new game, only one player on the first serving team is permitted to serve and fault before giving up the ball to the opponents. Thereafter both members of each team will serve and fault before the ball is turned over to the opposing team. When the receiving team wins the serve, the player in the right hand court will always serve first.

Rule exception:  Games are usually won by two points. In some situations, event directors may choose to win by one to speed up play. 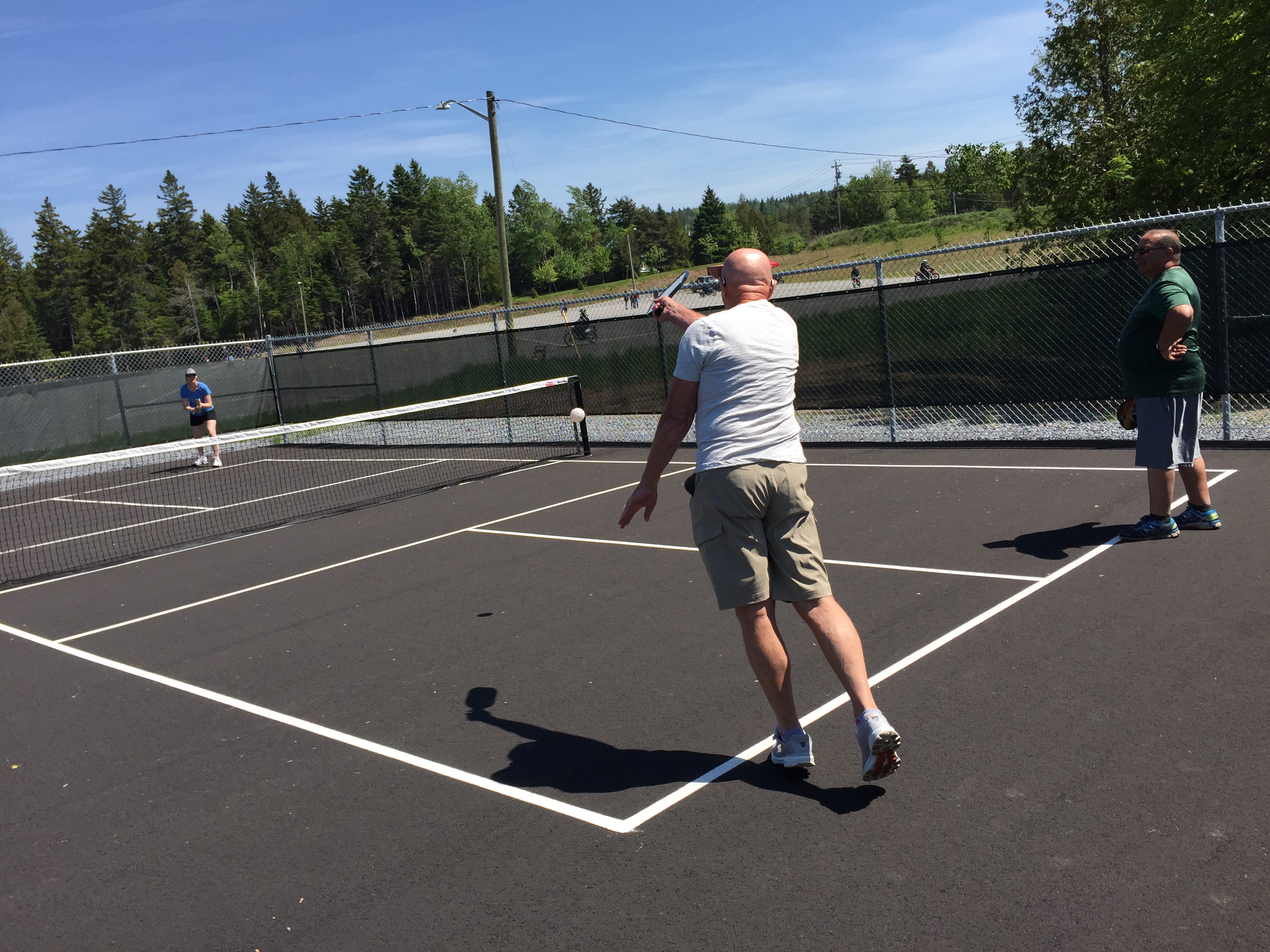