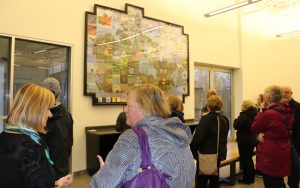 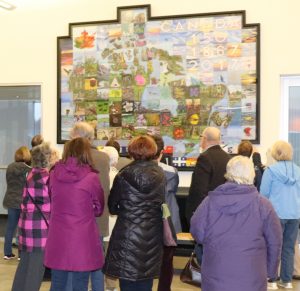 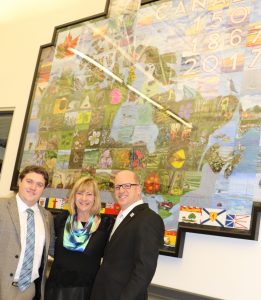 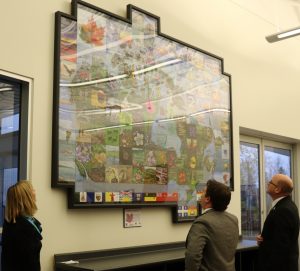 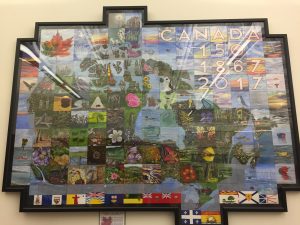 This mural, which was compiled by 150 individual depictions of the people and landscape of Canada, was created to honour the 150th anniversary of Confederation.

In 2017, Carla and Brian Perkins travelled the country from coast to coast to coast where they captured the magnificent beauty of our country, first by photograph, then by brush.